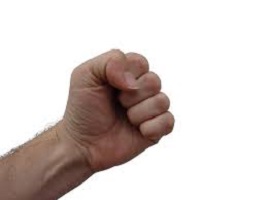 Central Coast road rage incidents are not uncommon. A few years ago, 44-year-old Clint Pollard punched 22-year-old Bianca Sams in the face and the incident was caught on camera.

She had thrown nails and a chisel at his car.

Pollard received a three-year good behavior bond and $900 fine, while Sams paid $1,358.20 in compensation for damages caused to Pollard’s car.

Most Central Coast road rage incidents are not as bizarre as this one, but they can be deadlier.

In one Australian survey, 88% of respondents claimed to have been the victims of road rage.

In light of these incidents, Booth’s Motor Group hopes to educate drivers of the Central Coast with tips on how to avoid road rage.

Here is how to keep your cool on the roads of the Central Coast NSW.

Staying calm should be your number one priority. No matter what happens, getting angry and cursing at people will only make things worse.

Here is what you can do to ensure you keep your cool on the road:

Giving yourself enough time to get from point A to point B.

This ensures that your stress levels won’t increase if you get stuck in a little bit of Central Coast traffic.

You’re much more likely to lash out when you’re stressed and in a hurry, so just take it easy.

Always leave a few minutes early, especially if you often find yourself caught in traffic jams.

You probably know this already. But listening to music you like relieves stress and helps you better filter out negative emotions.

In essence, music can help calm anger and frustration.

Traffic incidents on the Central Coast can be an inconvenience. Especially when you’re in a hurry.

Unfortunately, there’s not much you can do but wait it out. So why not wait it out with music!

Pick a soothing tune that will calm your nerves, sit back and enjoy the ride. No need to worry!

Make sure you’re comfortable and at ease and hit the Central Coast highway in good spirits. Even when you find yourself at a standstill.

If you’re angry and feel like you need to do something about it, stop and take a moment to think.

Assaulting someone verbally or physically could have terrible consequences.

You never know how other people will react if you taunt or provoke them. (the Sams-Pollard incident comes to mind).

Never, ever use your car to act out your rage. We don’t have to tell you why that’s a terrible idea.

You may be angry but running someone over is not a good way to resolve an argument.

Pretend that someone’s in the car with you. Most drivers change behaviour completely when around other people (usually for the better).

Would you react in the same way if someone was with you? 4. Pull over if you have to

Once you’ve driven away from the scene of the incident, find a safe place to pull over and get some fresh air.

Take some time to relax and think positively.

Only once you feel ready should you hit the road again. If you’re still in distress, considering calling someone to come and help you.

Driving on the Central Coast should be a pleasure. Don’t let road rage ruin your day.

5. It’s really not worth it

It may be hard to control yourself, but getting angry and acting on it is never worth it.

Maybe you’re a few minutes late for your appointment or meeting… but you’ll probably have forgotten all about it by tomorrow.

Just let it go and move on. Central Coast road rage experiences are few and far between. Don’t let a moment of madness get the better of you.

Of course, it’s not just about staying calm. You may be able to contain your anger, but you can’t predict how others will react. You may not realise it, but how you react to other people’s rage is extremely important.

Avoid making eye contact with someone who’s angry, shouting or cursing at you. It’s natural to feel threatened when other people get aggressive and this could build your own rage.

Ignore angry drivers and you’ll avoid many needless confrontations. If you experience road rage on the Central Coast, simply carry on your way while keeping your cool.

Better safe than sorry. By driving safe, you’re keeping yourself safe. You can’t control what other drivers will do.

Maybe they had a bad day, are in a hurry or are driving intoxicated (or a combination of the three).

You never know what you’ll find in your way, but if you’re driving defensively, at least you’ll be prepared.

Don’t tailgate or cut other drivers off. Drivers are easily set off by people who drive aggressively against them.

Ok, this one’s hard, especially if you know you’re in the right. Saying no to your ego and letting others have their way could save you a lot of trouble.

Own your mistakes and tell those aggressive drivers what they want to hear. You won’t see them again anyway.

Or you could just ignore them completely.  Even the rudest of drivers usually give up when they realise they’re being ignored. Focus on getting to your destination and nothing else. If you feel like someone’s got their eye on you, just act as if nothing happened.

Investing time and energy to argue will distract you from what’s really important (in this case, arriving at your destination safely).

Blast that music and focus on the road ahead.

Dash cams are great little gadgets that can record while you’re driving. They’re usually very flexible and can be turned to face any direction.

It might not end a confrontation, but a dash cam will make you feel safer. People usually get very creative when it comes to describing an incident.

This is why a camera can come in handy should they decide to take legal action against you.

Nine in every ten Australian drivers have carried out some form of road rage. If someone is harassing you or won’t stop following you after an incident, call the police immediately.

If you had to stop for whatever reason, put your cell phone in your ear, even if you’re not planning on talking to anyone.

Pretend like you’re talking to the police about the incident. Most drivers suffering from road rage on the Central Coast will not harass you if they know you’ve contacted the authorities.

Try to remember the make and model of their car. What colour was it? What about the license plate number?

Even if you don’t have a camera installed, you could record a video of everything that happened after the incident.

Again, people will often back off if they know they are being recorded.

If you’re close to home, it’s better to just keep driving. This may sound like too much, but you shouldn’t take any chances.

Don’t give them a target. Take varying routes around your home if you’re familiar with the area. The person trying to tail you will most likely give up and drive away.

If you feel like you’re being harassed you could try bluffing your way to safety. Stop the car, and once you see them stopping to confront you, take off again.

You will catch them off guard and they won’t have enough time to get back to their car before you’re gone. This one just feels good.

Seriously, why would you want to get out of your car? Your car is your best protection. And most drivers will not try to break in, no matter how angry they get (this is not Hollywood).

Fighting will not solve anything, but if it does get to that, be prepared to defend yourself. Running is always an option, especially if there’s a public or crowded place nearby.

In a global survey of road rage, Australia ranked ninth. Rage and anger will get you nowhere. Know your limits, control yourself and don’t even give furious drivers a chance to harass you.

Avoid confrontation at all costs. Road rage on the Central Coast, or anywhere for that matter, never ends well.

Take it from this guy:

“Today, while driving to my girlfriend’s house, I passed up a stop sign without stopping. A car passing by honked. I honked back several times and flipped them the finger. Turns out it was my girlfriend’s dad trying to say hi. FML”

Previous
Back to Blog
Next